1.6k
SHARES
3.2k
VIEWS
Share on FacebookShare on TwitterShare on LinkedinShare on PinterestShare on WhatsApp
Hannah Brown New Apology! In an Instagram Live video, captioned “from my heart, I’m sorry,” which was posted on Saturday, Brown spoke about the N-word scandal. “I attempted to talk, sing a popular TikTok dance and recited the N-word, and it was a part of the song. Initially I didn’t even know it was happening and I know it is wrong to say the N-word in a song, and I couldn’t imagine I had used it so I immediately denied it,” she said.

“I tried to defend myself but between being intoxicated, which I’m also not proud of, and just being embarrassed and confused, I just made it a whole lot worse,” the former Bachelorette, 25, continued. “It wasn’t until the next morning that reality set in and I had said it. At that moment, there was a rush of emotions. … I felt so much shame on me.”

On Saturday, the reality star said, “If I wanted to be my sincerest self, I had to put in some work and I had to go through a process. I think that’s why people are like, ‘Why now? Why did it take me so long?’ “

Brown added, “What I did, I didn’t want it to go away. What I did was something extremely serious and I did not want to continue repeating this long history of white people not taking accountability and responsibility for their actions when people of color, black people, call them out on their behavior. That is something I do not want to be a part of. To do that, I had to understand.”

The Dancing with the Stars champion concluded her video with a message to her fans and followers.

Brown vowed, “I will be a part of the solution, and you will see that. From the bottom of my heart, I am so sorry. I’m sorry to everyone I hurt and disappointed. I promise to continue doing better, I promise.” 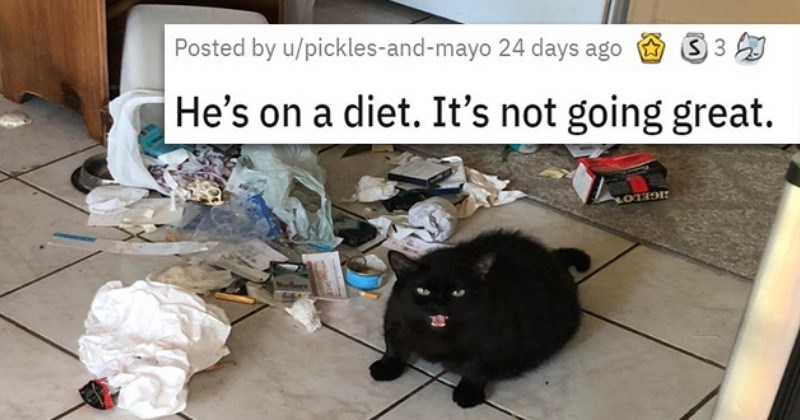 Awwdorable Troublemaking Pets That Can Get Away With Anything