1.6k
SHARES
3.2k
VIEWS
Share on FacebookShare on TwitterShare on LinkedinShare on PinterestShare on WhatsApp
Rihanna Told She’d Be One Hit Wonder!!! RIHANNA revealed that she was told she would be a one-hit wonder early on in her career.

Evan Rogers, songwriter-producer and co-founder of Syndicated Rhythm Productions told Vulture, Around Pon de Replay people used to tell me, Shes so cute, but you know, cant really sing but you dont care cause shes just so cute. I would get so angry because I always knew she would be that girl that would eventually be doing songs like Stay and Diamonds. But I think the first time I felt like other people got it was Umbrella.

Rihanna added, I remember the first time out with Pon de Replay, I got that a lot. A lot of people said I was going to be a one-hit wonder. But I worked my hardest to prove them wrong. And when we came out with the second album, SOS and Unfaithful, both blew up!

She also said, I cant tell you where Ill see myself in five years, but I can tell you I will work my best to be the most successful artist that I can be. [I want to be] remembered asRihanna. Remembered as being the artist from the Caribbean who came here and made it internationally. Just remembered as me, cause Im true to my music, and I just want people to realize that and appreciate me for that.

Introducing Naughty But Nice with Rob Shuter
Meet your new best friend. You know, that friend you text to find out the latest dirt on your work nemesis. Except in this case, its about the biggest stars in Hollywood. There isn’t a single celebrity Rob Shuter hasnt met or personally worked with. So get ready to get the lowdown on your favorite stars every Monday through Thursday, beginning Jan. 20. 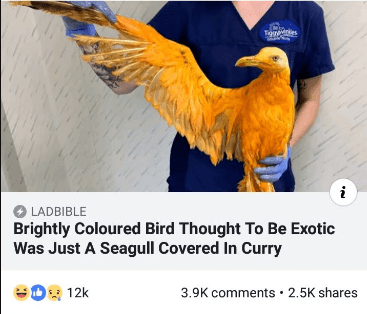 Freddie Gibbs And Alchemist Appear To Be Releasing A Joint Mixtape

Camila Cabello Detailed Her Battle With OCD and Anxiety: “I Was Embarrassed and Ashamed”