Last night there was a social uprising in Minneapolis, Minnesota in the name of unarmed murdered Black man George Floyd at the hands of the police.

Adorable Tweets About Puffins From Skokholm Island, a Beautiful Bird Colony in The UK

One of the sites where the uprising took place was a Target store that reportedly would not sell milk to protesters who had been tear-gassed. During the fracas, a faux cop, knife-wielding, and “wheelchair-bound” white woman in the vein of George Zimmerman decided that she would try to stop people from relieving the store of its inventory. That was a mistake.

“But wtf did target do? They’re innocent.”

Target funds the police department that killed George Floyd and were denying entry to protestors after they were tear gased by the police and were trying to go inside to buy milk for their face.

The video of the incident has gone viral as hell and shows the Karen (someone in the video calls her “Jennifer” but we refuse to acknowledge that) wheeling her chair in front of a door and attempts to stab a Black woman from leaving after letting a white woman who was stealing walk right past her. Initially, the video was colored as an “attack” against an elderly handicapped woman, but facts > f**ks#!t.

She’s 30, she can walk, she GOT A KNIFE. And the fire extinguisher guy was WHITE. i love the facts 🤣🤣

Almost instantly, the phrases “she got a knife”, “she can walk”, and “she’s 30” all began trending HIGH on Twitter.

so y’all tellin me Gertrude pulled up to target in a wheelchair with a knife, got fire extinguished, painted herself as an elderly handicapped victim but in reality she is 30, able bodied & tried to rob an atm? pic.twitter.com/d2waoQ0eRI

After it was all said and done, the Karen ran down the predictable script.

We’re pretty sure that the reason that white people’s food is so bland is that it’s seasoned with victimhood. Low in calories AND flavor.

This JENNIFER IS THAT ENOUGH lady grabbed a knife, hopped on an electric wheelchair, and drove prepared to lay her life down for her local target 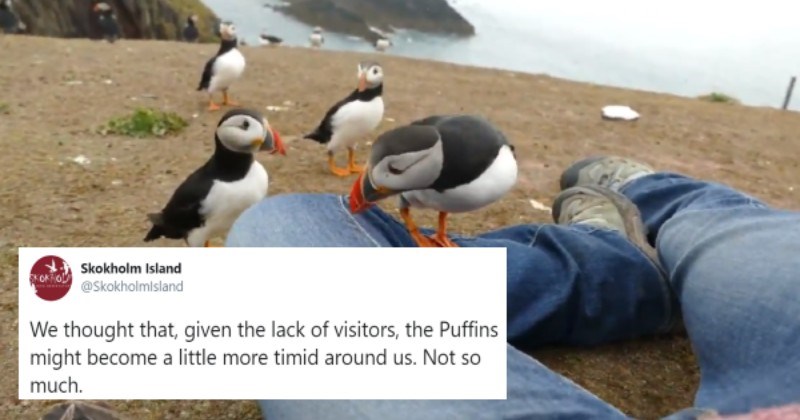 Adorable Tweets About Puffins From Skokholm Island, a Beautiful Bird Colony in The UK

Trader Joe's Has a Gorgeous Flower Selection, and We're Swooning Over the Peonies

The 6 Best Sites to Download Karaoke Music Without Words

Red Cross Warns of a Staggering Drop in Blood Supplies