The Winners And Losers Of The Surprisingly Fun 2020 Emmys

I had no clue what to expect from the 2020 Emmys. The only things I knew going in were: no audience, nominees basically Zooming in from their homes, very high potential for chaos. As a fan of this last thing, I was intrigued. Award shows can be very stale and formulaic, by design. Even the fun moments typically fit inside the same nice little box year after year, whether its a decent monologue zinger or solid presenter banter or a notable speech. Theres a plug-and-play feel to it all that I understand and accept, but that gets tedious.

This was not that. This was exceptionally weird and not always polished and there were historic wins and raging fires and farm animals. It was a mess, which I mean as nothing short of the highest compliment I know how to give. It was kind of a blast. The Weird Emmys were fun. Lets dig and discuss, with the classic Winners and Losers format.

WINNER — All of whatever exactly that was

Ladies and gentlemen, I am pleased to report that I loved the Weird Emmys. Thats what Im calling them, now and forever: The Weird Emmys. It was delightful, more like a cable access show that had been given a multimillion-dollar budget than your standard slick awards show. Would I have liked it if they had tried to do something this crazy under normal circumstances, not as a result of a global pandemic, just to mix it up? I dont know. I doubt it. The whole thing had a very strong yeah, we dont know either, lets just try a bunch of stuff and see what happens vibe that made me much more forgiving to whiffed bits and technical difficulties than I might have been any other year. Everyone was doing the best they could. I can appreciate that.

But yes, it was very weird. Some notable moments included:

And so on! Again, if you tried any of those things in a standard awards show, I bet I would have groaned about it being a little much. Here? It fit surprisingly well. The whole thing was fun and weird and chaotic and the underlying something could go wrong at any moment and I dont want to miss it if it does quality gave what is usually a cookie-cutter event a high-wire level of danger. By the end, I was rooting for things to go wrong, not necessarily because I wanted anyone to be embarrassed on live television, more just because everything was rolling with it and game for anything. I have very few complaints about any of it, which is an odd place to be in the morning after the Emmys.

One of the stranger parts of the night, even given how many strange things I just listed, was how normal things went otherwise. Schitts Creek cleaned up in a huge way, sweeping the comedy awards for acting and picking up some writing and directing ones, too. Succession won a bunch of awards and I got to hear the music from the show each time it won, which softened the blow of Cousin Greg losing the Best Supporting award to Billy Crudup. Watchmen won a zillion awards, one of which went to Regina King, who promptly and correctly stated This is so freaking weird. Another went to writer Cord Jefferson, who, in his acceptance speech, thanked Jeremy Irons for farting in space, which I really appreciated because it gives me a chance to post these screencaps again

and to point out that Jeremy Strong, in character as Kendall Roy on Succession, the role for which he won the Best Actor award, pooped the bed last season. The lessons are twofold: One, its kind of funny that the two big drama winners this year prominently featured poop/fart content and the big comedy winner didnt, really; two, I am a child.

LOSER — Lots of other good shows

It bums me out a little that shows like The Good Place and Better Call Saul and especially What We Do in the Shadows got shut out this year. Its not that the winners werent deserving. Pretty much every award that got handed out was understandable or at least defensible. The Schitts Creek trophy parade was adorable and I was very happy to watch it chug along. That said, theres something that feels, I dont know, wrong about On the Run, the legendary Jackie Daytona episode of What We Do in the Shadows, not getting recognized at all. This is why there should be a Best Fake Name category at these shows. I have always said this.

This was honestly my favorite part of the Schitts sweep, just watching Dan Levy in the background when his co-stars won, absolutely beaming like he was their father, which is weird because one of his victorious co-stars was his real father, Eugene Levy. Find one person in your life who is as unequivocally happy for your success as Dan Levy is for the cast of Schitts Creek. Find that person and never let them go.

I touched on this in the opening section but it must be discussed again, in more detail. Before the first trophy of the night was handed out, Jimmy Kimmel started a fire in a trash can and Jennifer Aniston tried and failed to put it out a number of times. Zip ahead in the clip up there and watch it again. Watch Jennifer Anistons face as the fire keeps flaring back up. Watch her especially the last time, when it becomes clear the situation has moved from silly bit to potentially dangerous situation involving smoke and fire. Here, look.

I cant possibly describe how happy this made me. If you had come up to me before the show started and told me Jennifer Aniston will have to frantically extinguish a trash fire before the first commercial break, I might have kissed you on the mouth, social distance be damned. That is all I wanted out of this bozo circus, flaming garbage and anarchy and a television icon in a fancy dress wielding a fire extinguisher as we all inch closer to a situation where the fire alarm goes off and the sprinklers turn on. I wish there had been more fire. They could have done the entire show inside the burning building as the cast of Friends fought the blaze for all I cared. Give Schwimmer a fire hose. No half measures.

Can I be honest for a second? Like, really honest, bordering on earnest? Most of these were charming. Bouncing from one persons house to the next throughout the night made it feel kind of like we were checking in on various slumber parties. And it was cool to see the various ways people did or did not get into it. John Oliver wore a hoodie. Some people were in t-shirts. Titus from Kimmy Schmidt appeared to be drinking from a red Solo cup. But my favorite was Best Actress winner Zendaya, who got dressed as hell, quarantine or not, and was there with like her whole family supporting her and whooping in the background. That was cool. It felt like there was more real excitement going on, with everyone comfortable in their own homes and not trying to march through a crowd to the stage as an orchestra plays.

Even the speeches played better, I think. I can understand if some viewers were turned off a little by the heavy political nature of some of them, but given the situation and the fact that none of them were interrupted by self-satisfied applause breaks from the crowd, it felt more real, more intimate, like it was all from the heart and not part of the pretentious show this can sometimes devolve into. Some of them felt very sweet. Theres something to be said for letting people get comfortable on the couch and giving them a glass or two of wine instead of putting them in formal attire on a stage in front of other famous people. I dont know what we can do with this going forward, but its still true.

Also: It was very funny to me that the astronaut who sent a message to the audience from a space station orbiting the earth from the cosmos appeared to have a better connection than Mark Ruffalo and Jennifer Aniston, the former of whom sounded like he was the one in space and the latter of whom appeared to be operating on a satellite delay like a war reporter in the Middle East. You people are millionaires. Figure out your damn WiFi. Or dont. This was actually funnier.

Again, theres no way to separate this from the overall tone and weirdness of the night, but most of the bits worked for me, even the opening monologue with the fake audience ruse that lasted longer than I expected it to. This is strange because I am often anti-bit at award shows. So many of them seem forced or dragged out, or like they might have looked great on paper before someone actually tried to create them. But this time around, I mean, sure. NoHo Hank from Barry as a Russian mailman named Derek Magicjohnson? Why not? Letterman in a tuxedo in the wilderness for a few minutes? Absolutely, could have lasted longer. Sterling K. Brown bounding onto the stage and selling the holy hell out the whole my show won an award whooooops Im just here to present gag to a completely empty room and therefore zero bailout laughter? I respected it so much.

This was the most fun I’ve had watching an award show in… maybe ever. I dont think there are a ton of lessons we can learn from it. I dont think its something we can recreate in another year, without the very bad circumstances that made it a necessity. (At least I hope not, Jesus Christ.) I wonder how, or even if, well remember it 10-15 years from now, if it will go down as a famous moment in history or just be a bonkers one-off, more of a footnote than a whole chapter. I dont know any of that even a little, as this is all still just as strange for us at home as it was for the people there taking part in it. I do know that I liked it a lot, though. It was fun to watch everyone throw stuff out the window and against a wall and try to figure it out together. It’s more or less what we’re all doing right now, as a society.

.The Weird Emmys were a blast. Lets never do it again.

China blasts US House bill, denies use of forced labour in Xinjiang 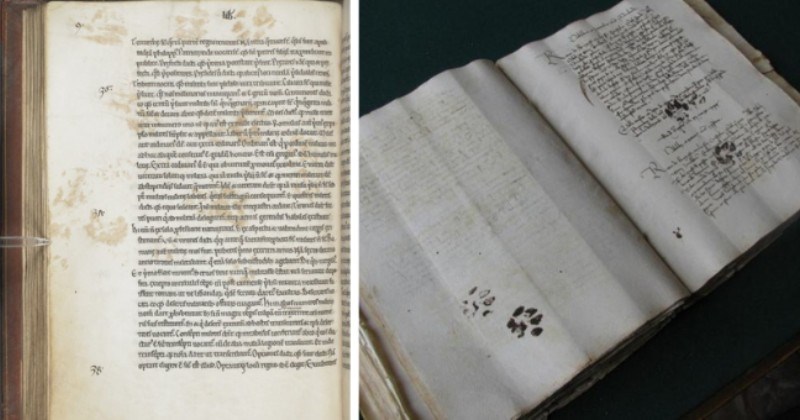 Too much candy: Man dies from eating bags of black licorice

Interview with the female CEO of the online brand development platform, Gipnetix