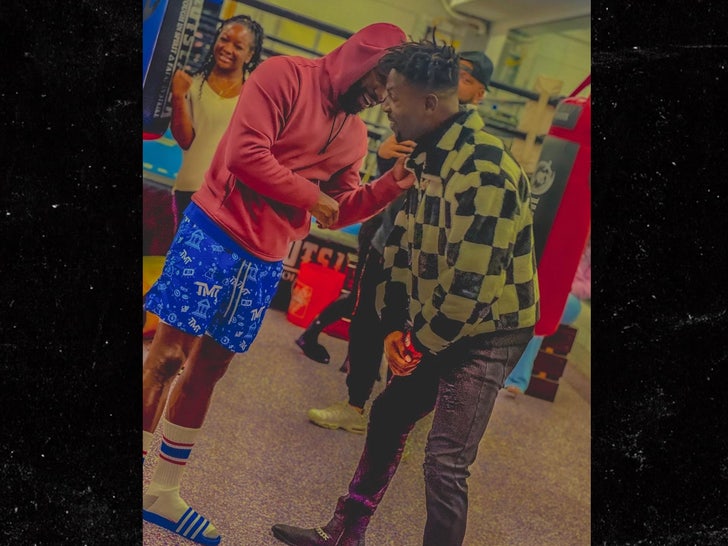 Antonio Brown is livin' it up in Los Angeles -- hanging with Floyd Mayweather, Kanye West, Julia Fox and Madonna -- all while Tom Brady and the rest of his former teammates prepare for the NFL playoffs.

TMZ Sports is told 33-year-old AB met up with Floyd at the legendary Tengoose boxing gym in Los Angeles Wednesday night. The friends chopped it up ... and Mayweather offered Brown help rehabbing his injured ankle.

After they left the gym, the undefeated fighter and AB -- who was cut by the Bucs last week after walking off the field during a game -- linked up with Madonna, Ye, and Julia Fox at Hollywood hotspot, Delilah.

Ye and Fox have been inseparable since meeting at a New Year's Eve party in South Florida.

While at Delilah, we're told the group had a blast ... listening to music, talking about Ye's next album, "Donda 2," and Floyd's upcoming exhibition fight in Dubai.

Once they left Delilah, they headed to the Hollywood Unlocked studio.

During the night, Kanye also let Floyd model some of his new Yeezy hoodies.

It's not the first time Ye and AB have hung out. The guys went to another L.A. hotspot, Craig's, earlier this week ... where they grabbed dinner.