Baker Mayfield Undergoes Shoulder Surgery, Says It's Step Toward 'My True Self'

Baker Mayfield Undergoes Shoulder Surgery ... Says It's Step 'To Get Back To My True Self' 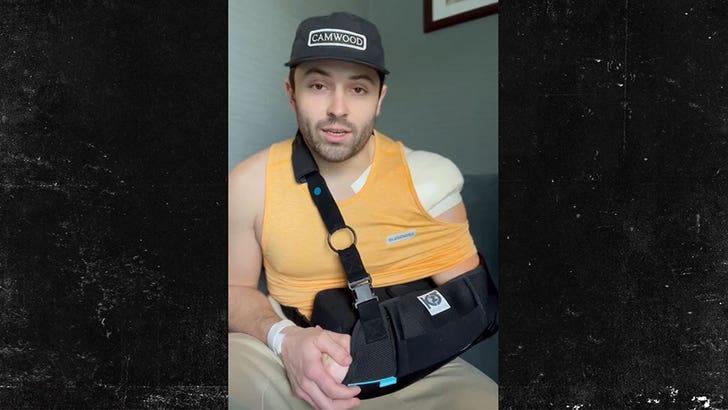 Baker Mayfield finally had surgery on his injured shoulder Wednesday ... and he said it went so well, he's hoping this is a step toward getting back to his "true self."

The Cleveland Browns QB initially injured the shoulder in September while trying to make a tackle following an interception ... and he never seemed to be quite right afterward.

Baker Mayfield suffered his shoulder injury trying to make a tackle after throwing an interception. I know it’s in the moment, but quarterbacks should be taught to just stay away. Simply not worth it. pic.twitter.com/TVGNwYDvxi

He struggled all year long ... throwing 13 INTs to just 17 TDs, and the Browns ended up missing the playoffs.

But, Baker said just hours after surgery wrapped that he's confident he can now get back to his pre-injury level -- even though the rehab road promises to be grueling.

Baker added, "This is not the end of my story."

Mayfield has one season left on his Browns' rookie contract after the team picked up his fifth-year option, though it remains to be seen if he'll head into next season as Cleveland's entrenched QB1 after his 2021 woes.