Farrah Abraham is apparently gearing up for a lawsuit against the venue whose guards made her eat dirt — but at the same time, her alleged victim is also showing off what she says are licks she claims Farrah inflicted.

The "Teen Mom" star's attorney, Kia Feyzjou, tells TMZ that she and their team are, at the very least, exploring a civil suit surrounding the events from last weekend ... which ended with Farrah arrested for battery. The reason, we're told, is because Farrah and co. believe she was wrongfully placed under citizen's arrest in the first place by the lounge's staff. 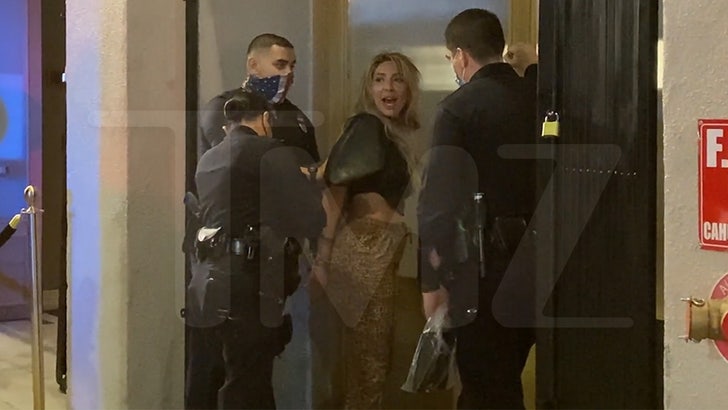 Feyzjou says that the initial citizen's arrest was unlawful so the real cops shouldn't have taken her into custody.

Not just that, but Feyzjou says the venue's security guards who had her pinned to the ground used excessive force in restraining her ... allegedly leaving Farrah in a lot of pain and distress after the fact. That's something else Feyzjou thinks might give her client grounds for a lawsuit.

Farrah, of course, has already spoken her piece in this ... insisting she was unfairly singled out and mistreated.

On the flip side, the security guard whom Farrah is alleged to have hit that night is also speaking out ... sticking to her story that Farrah, indeed, did strike her -- and posting photo evidence she says backs up her claim.

The woman, Megan Armstrong, has thrown up a few different posts on Instagram to air her grievances against Farrah, and the one photo she has of her mug appears to show her rocking a shiner.

No word if this gal herself is considering legal action, but we know Farrah certainly is. To be continued, we're sure.