Lamar Odom Tristan's 'Corny' for What He Did to Khloe ... But She's Gonna Be Alright 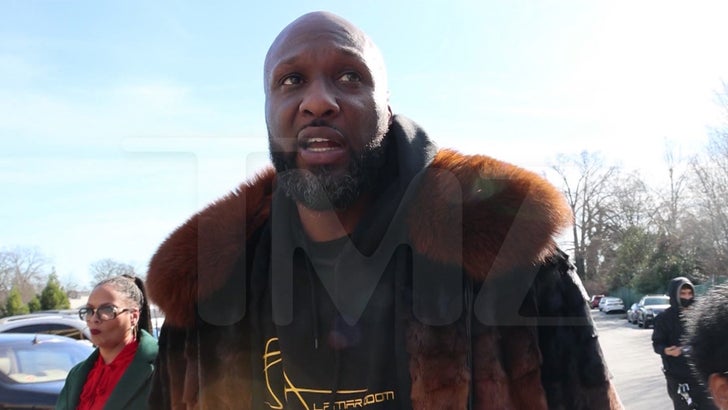 You can tell Lamar Odom still has love for his ex-wife, Khloe Kardashian, based on what he's saying about her recent embarrassment at the hands of Tristan Thompson ... and telling us what'd he do to comfort her.

We got the former NBA superstar Wednesday at the Atlanta Fish Market in Buckhead, and he said he hasn't reached out to Khloe since TT copped to getting another woman pregnant.

LO says he and Khloe haven't seen each other in a long time, but he feels like this would be a great time to be able to give her a hug. 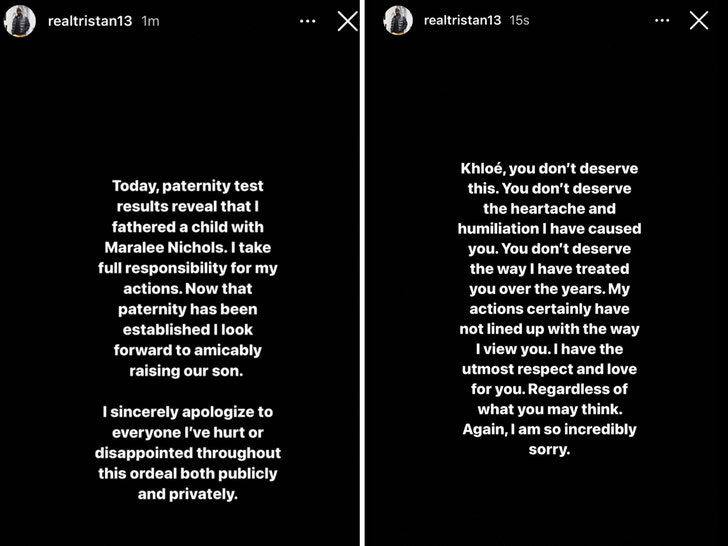 Rocking a fur coat as he and his manager, Tonita B, entered the restaurant ... Lamar echoes what a lot of people have said about Khloe being a strong woman -- and he also told us what advice he'd give her ... if he had the opportunity for a face-to-face. 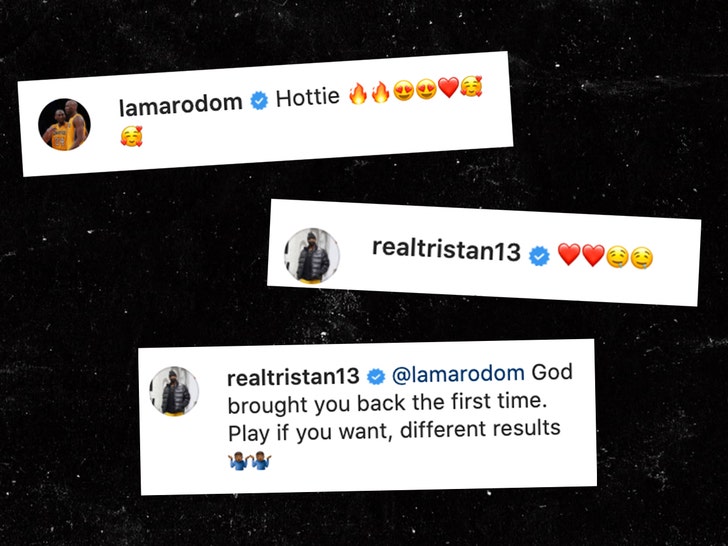 While we asked directly about Tristan, Lamar clearly didn't want to discuss him ... simply saying "he's corny" for what he did. TT and Lamar have butted heads in the past, like earlier this year after Lamar left a comment on a Khloe post.

Of course, Lamar's had his challenges over the years -- including his nearly-fatal OD in 2015 -- and other substance abuse struggles, but he seems to be on the straight and narrow lately.

Khloe and Lamar got married in 2009, and Khloe filed for divorce in 2015 ... but she withdrew the filing when he suffered his OD so that she could make medical decisions on his behalf while he was in a coma. The divorce was finalized in 2016.

As for any possibility of a reunion with his ex, Lamar explained why chances are slim to none, but added ... it would be a "blessing" in his life.