The NFL's Week 4 schedule features some exciting matchups, and the best regionally broadcast games will be available to most of the country on live TV.

CBS and Fox are once again broadcasting all NFL Sunday afternoon regional action in 2022. The two networks are allowed to broadcast a specific number of games each week.

Under this arrangement, CBS and Fox alternate being the primary network on Sunday. Typically, when one network is showing just one regional game in each market, the other has an early-late afternoon doubleheader.

In Week 4, CBS has the greater share of games and thus the doubleheader.

CBS will broadcast seven of the 12 NFL Sunday afternoon games in Week 4. Ravens vs. Bills will go to most of the country in the early window, while Packers vs. Patriots will carry the network's two-game slate in the 4:25 p.m. ET time slot.

Fox has single regional game windows in Week 4. Cowboys vs. Commanders and Giants vs. Bears will comprise the bulk of its coverage.

Normally, the Sunday afternoon regional slate is composed of 13 games during a non-bye week, but this week, the Saints and Vikings are playing in London and the game is being broadcast on NFL Network at 9:30 a.m. ET.

Below is the full NFL coverage map for Week 4, plus a list of major TV markets and the CBS and Fox games that will be presented in each on Sunday. 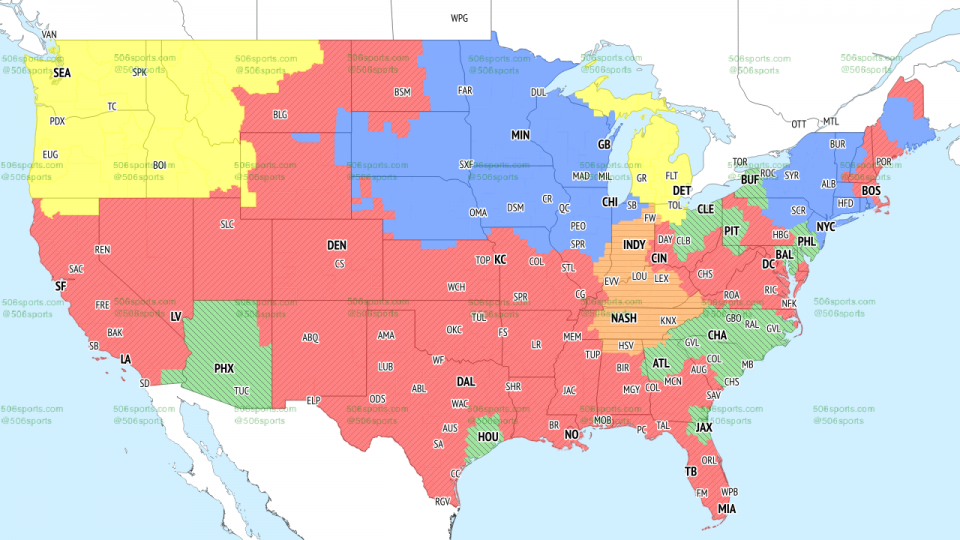 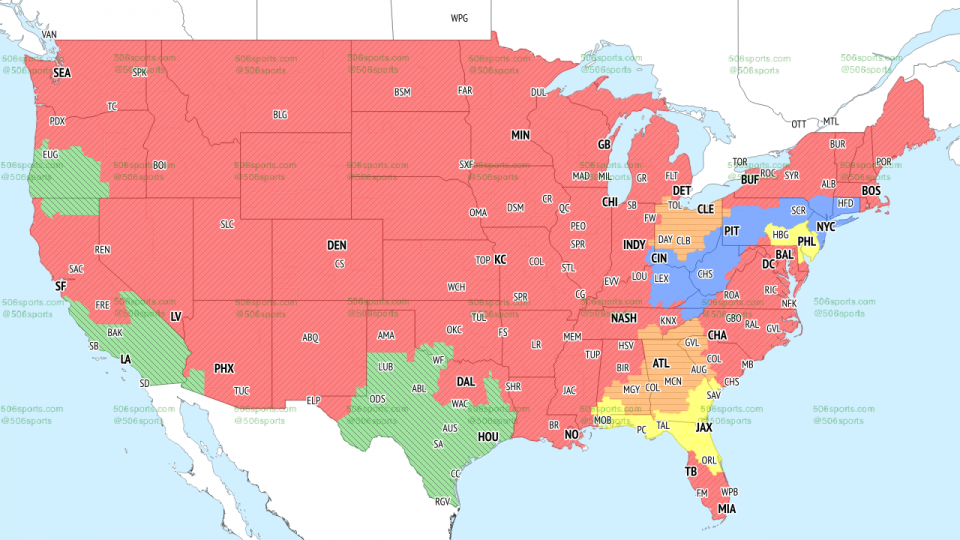 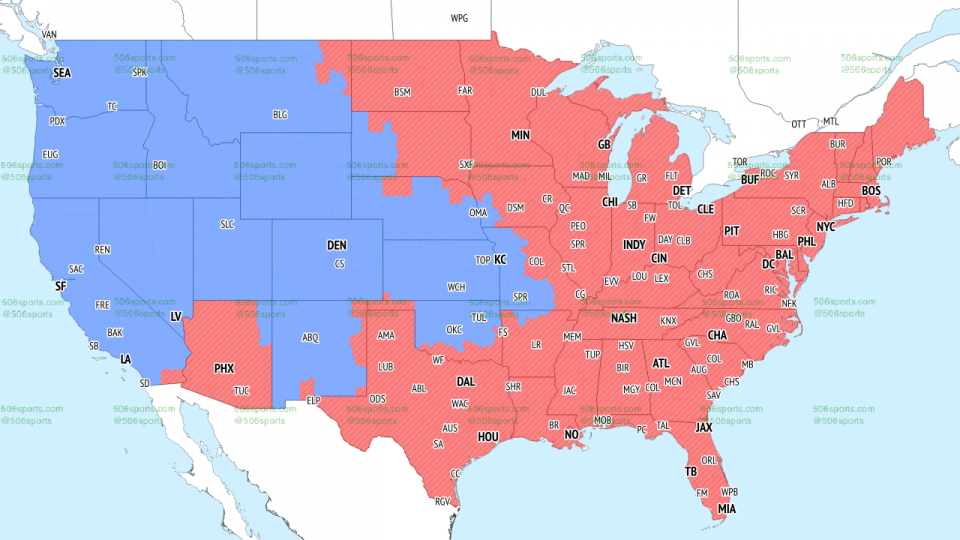 The "Sunday Night Football" game in Week 4 will feature a Super Bowl 55 rematch between the Chiefs and the Buccaneers. The Bucs routed the Chiefs 31-9 as they applied heavy pressure to Kansas City QB Patrick Mahomes. This may be the last time Mahomes and Tom Brady face off; that makes this contest even more intriguing.

The "Monday Night Football" matchup will be a rematch of the 2022 NFC championship game between the Rams and the 49ers. Los Angeles scored 13 unanswered points in the fourth quarter to come from behind and win 20-17. Niners QB Jimmy Garoppolo will look to avenge that loss in his second start of the 2022 season.

Below are the Sunday afternoon games that will be broadcast regionally by CBS and Fox. 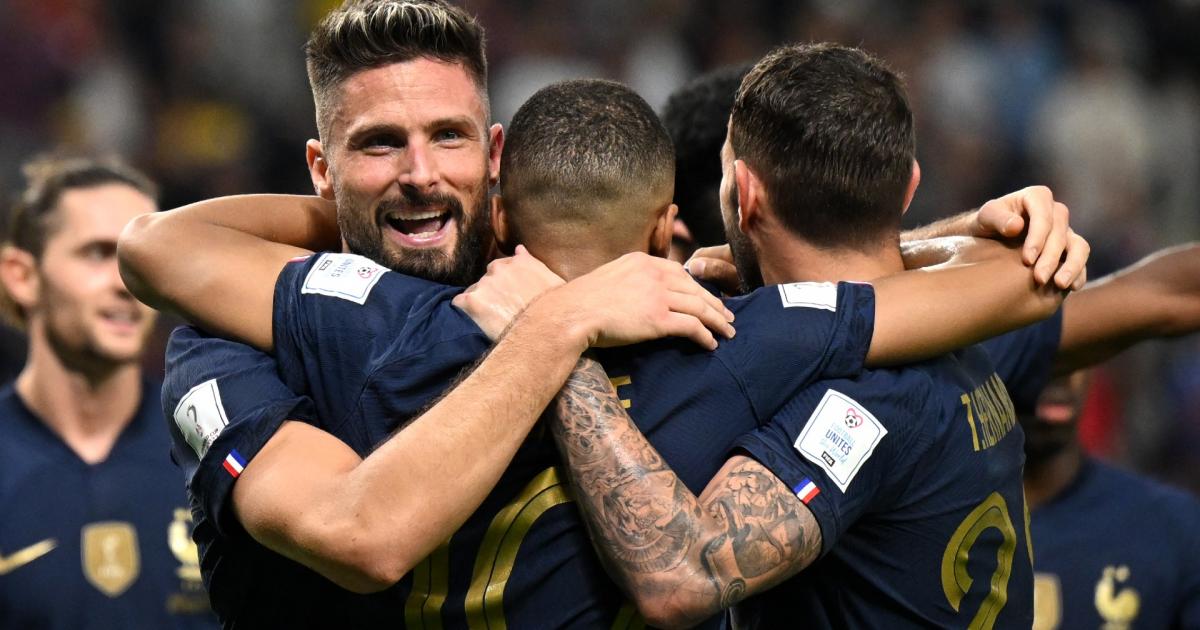 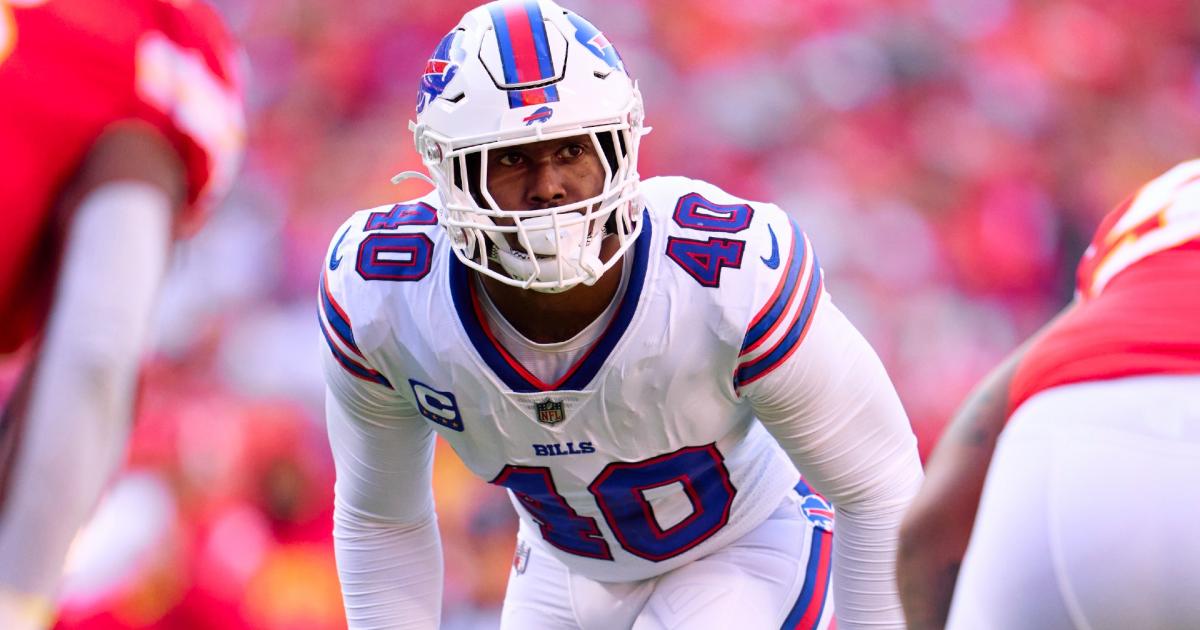