Alabama outside linebacker Will Anderson Jr. will line up to play Georgia for the third time in two years on Monday — this time for the right to claim a second national championship in as many seasons as a Crimson Tide player.

Anderson will be arguably the best player on the field at Lucas Oil Stadium on Monday, regardless of position. The sophomore leads the country with an NCAA single-season record 34.5 tackles for loss and 17.5 sacks. It's an eye-popping stat line that, impressive as it is, doesn't truly illustrate how dominant he has been all season. He is even considered by some to be better than teammate Bryce Young, winner of the 2021 Heisman Trophy.

MORE: Heisman Trophy snubs: Why Will Anderson and Kenneth Walker III should have been 2021 finalists

Anderson is a full-fledged member of the Crimson Tide, a decision that has paid dividends for him and the team both. But, if not for a recruiting misstep by Kirby Smart, he would have been a member of the Bulldogs' defense, adding another terrifying element to a unit that is already considered one of the most impressive in recent memory. So why, then, did the Georgia native and former Bulldogs fan spurn the hometown team in favor of Nick Saban and the Tide?

Sporting News has the answer on why Anderson chose Alabama over Georgia:

Why did Will Anderson Jr. pick Alabama over Georgia?

Anderson picked Alabama as his school of choice for two reasons. One is that Alabama clearly understood his value as a defensive standout while he was in high school. The other, bigger reason — and most vexing — is that Georgia never offered Anderson. This, despite the fact he grew up a Georgia fan and played at Dutchtown High School (Hampton, Ga.), less than two hours from Georgia's campus.

Anderson said as much ahead of the 2021 SEC championship game, adding that he has no hard feelings considering how well things have worked out for him in Tuscaloosa:

“Yeah, I did grow up a Georgia fan,” Anderson said ahead of the SEC championship game. “I got recruited by them a little bit. I didn’t get too much attention from them, but it worked out well.”

Will Anderson Jr.'s mother, Tereon Anderson, echoed those sentiments in an interview with 247Sports:

"Every player starts out wanting to play at the college of their state so, of course, that was the dream. It was the dream for Will. It was what we expected as the hype came. 'Oh, he’s gonna get the offer from UGA,'" Tereon Anderson said (via 247Sports). "When it didn’t happen, we transitioned well. We still love our home state, but that wasn’t the plan. And so we transitioned to the schools that were interested, which, thankfully, one of them was Alabama."

MORE: Alabama vs. Georgia players in the NFL: Which school's loaded roster wins?

Alabama, meanwhile, was quick to offer Anderson early in 2019. Per 247Sports' Charlie Potter, Alabama director of football recruiting Daniel Bush invited him and his family to Alabama's Elite Junior Day, at which point Anderson had reportedly narrowed his choices to Auburn, LSU, Tennessee and Georgia Tech. Alabama made a strong impression on the family during his visit, during which the Crimson Tide offered him a scholarship.

“It was just amazing,” Tereon Anderson said. “We went in thinking we were gonna go to see the school and find out everything about Alabama, but we actually walked away like, ‘Oh my God. I could see him here.’ But we didn’t think anything about it. And then they told us that Coach Saban wanted to talk with us. Of course, who’s gonna turn that down?

“We went in and talked to Coach Saban and he was just telling Will what they could offer and things of that nature, and I’m looking at Will like, ‘If he offers Will, I’m gonna have to run out of here. I’m not gonna be able to take it," Tereon Anderson said. "And when Coach Saban offered, I kind of teared up a little bit.”

Alabama offered Anderson on Jan. 27. He named Alabama his leader roughly five months later, on June 5, then committed on June 17. He reportedly took five more visits to Tuscaloosa between the school's Elite Junior Day and the early signing period in December. He signed with the Crimson Tide on Dec. 18 and became an early enrollee.

Smart has made a reputation for himself as one of the nation's premier recruiters. How then did he miss on what should have been a home-run offer to Anderson, an in-state recruit well within Georgia's recruiting grounds?

According to a report from the Atlanta Journal-Constitution, Smart had room only for one linebacker commit in the 2020 class. He ultimately prioritized MJ Sherman out of Washington, D.C., even after he suffered a knee injury. Sherman, the No. 33 overall player and No. 2 outside linebacker in the 2022 class, ultimately signed with the Bulldogs.

But why did Smart elect to go with Sherman over the in-state recruit? According to Anderson's high school coach, Clifford Fedd, Georgia didn't know what to do with him, as he had yet to fill out his 6-4, 235-pound frame.

"They were interested in him," Fedd told 247Sports. "He went over there and visited with them a couple of times, if I’m not mistaken. Of course, being in Georgia, a lot of these kids grow up being Georgia fans and that becomes their dream school.

"But from my understanding of the recruitment, they recruited him, but he was an in-between kid. They didn’t know if he would fit the outside linebacker scheme where they would use him more in space and use him out and about, out of the box or if he was gonna grow to be big enough to play the four technique to be a defensive tackle. So he was in between. He wasn’t big enough for one but then wasn’t agile or athletic for another."

"Alabama, they already knew what they wanted to do with him. He’s gonna be a pass-rush specialist: 'We want him to come get after the quarterback. We’re barely gonna use him to cover. We want him to pass rush and pass rush some more.' Georgia just didn’t know what they wanted to do with him, and they kind of fell off and never offered him, to be honest."

Saban, before the 2021 SEC championship, provided some insight into what he saw from Anderson in high school:

"Oh, we loved Will Anderson in high school,” Saban said. "He had great size. You could see the initial quickness, explosive power. We didn’t know for sure if he’d end up being a stand-up player or end up playing down. He kind of does both for us now and does both very well. He’s certainly been everything that we thought he would be, and I think that’s because of the kind of person he is, the kind of competitive character he has, the leadership qualities that he has."

Football coaches scoff at recruiting rankings, but it's also worth noting that Anderson was not nearly as highly rated during his recruitment as he was after he signed with the Tide.

Anderson has wreaked havoc against opposing offenses not only as a pass-rushing specialist, but also as a run-stopping defender. Below are some of his highlights throughout his sophomore campaign:

Regardless of the reasoning, Anderson has made the most of his decision to play at Alabama. The FWAA Freshman of the Year had an explosive debut in Tuscaloosa, finishing second on the team with 10.5 tackles for loss and seven sacks in 2020. Anderson used that season as a jumping-off point for his sophomore campaign, in which he has racked up 34.5 tackles for loss and 17.5 sacks. He is credited with 98 total tackles, nine quarterback hits and two pass break-ups. 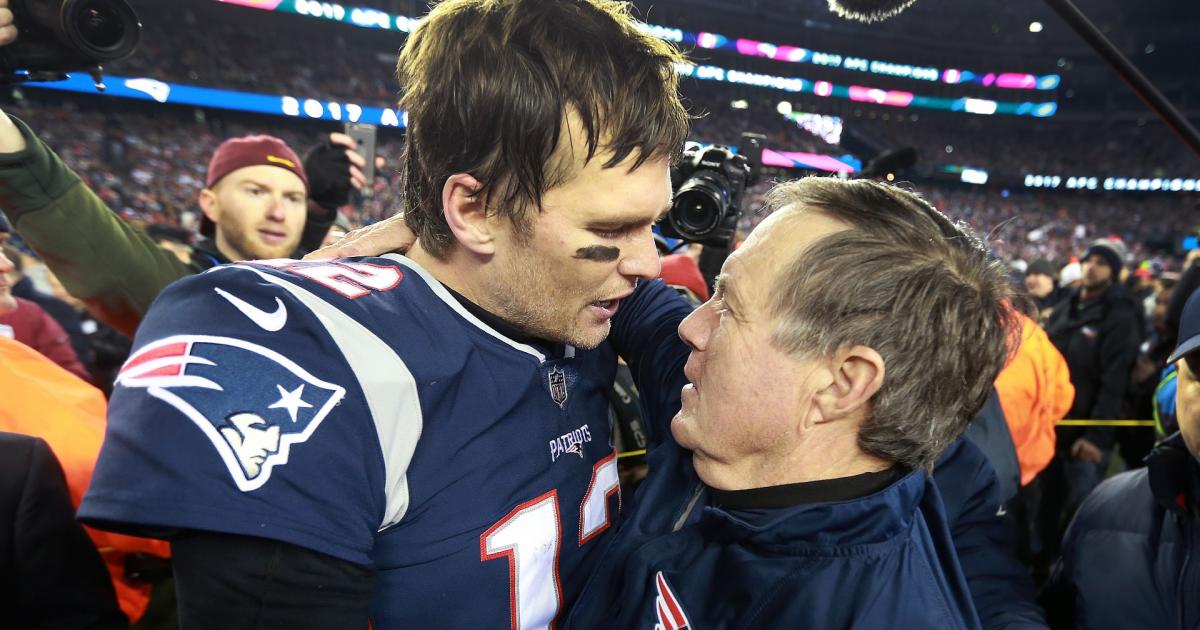 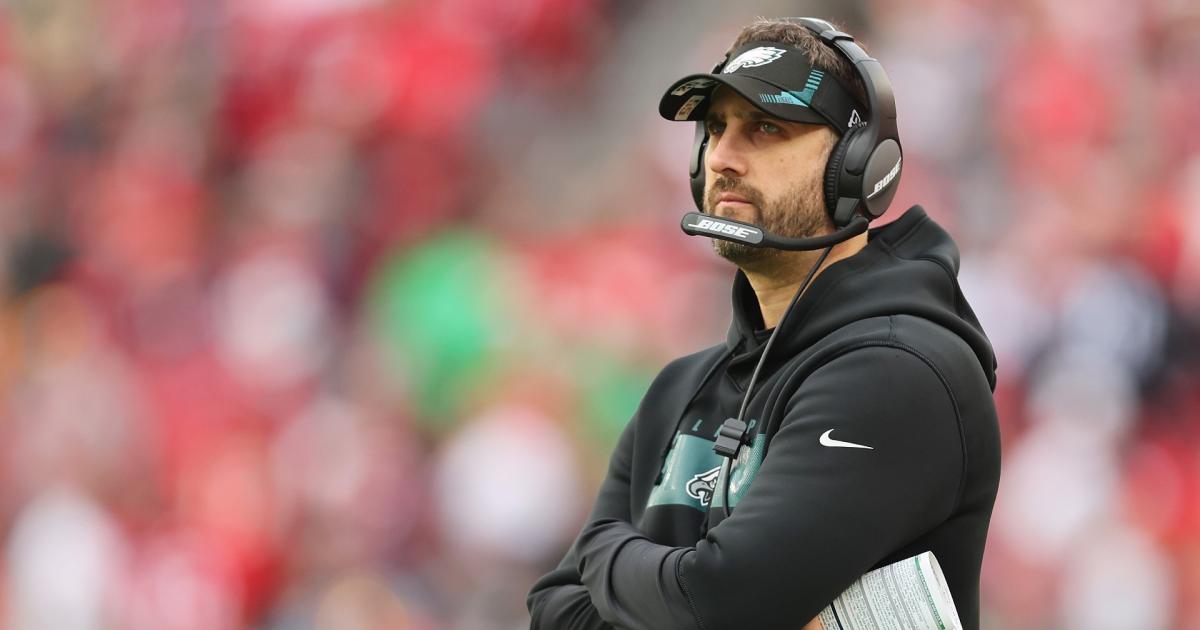