Despite the constant trade rumors swirling around Jamal Adams, at least one of his teammates believes he will be playing for the Jets this season.

Adams, who is entering his fourth year with the Jets, reportedly requested a trade last monthand was caught on video telling a fan he was “trying” to work his way to the Cowboys. ESPN’s Adam Schefter reported Adams would prefer a trade to one of these seven teams: the Cowboys, Chiefs, Eagles, 49ers, Ravens, Seahawks or Texans.

If the Jets suddenly decided to offer Adams a lucrative extension, perhaps the trade chatter would quiet down. However, with Adamsunder contract through the 2021 season, New York isn’t currently prepared to throw out $15-20 million for the two-time Pro Bowler.

After going through his own contract issues with the Steelers and sitting out the 2018 season, Bell understands why Adams refuses to budge.

“I think he wants to be [with the Jets].I just think he wants to get paid,” Bell said.”I think he’s in the same situation that I was three years ago. He’s a young player. He’s been at the top of the game, playing at a high level and he feels like, ‘Dang, I just want to get compensated.’

“Me, personally, I’m not gonna be a guy who’s like, ‘Aw, Jamal, man you gotta do this.’No. Hellno. You deserve every dollar you’re asking for. Everything he asks for, he deserves it.”

You can watch Bell’s full interview with Hot 97 radio below. 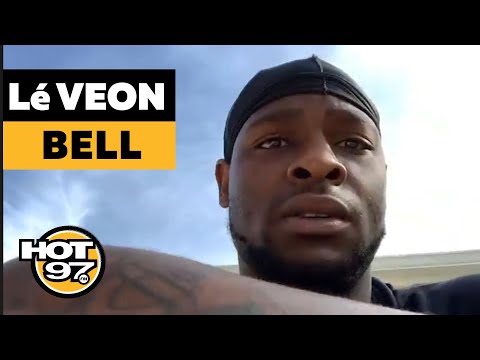 PlayStation 4 Controllers Will Work With The PS5, But Theres A Catch

PlayStation 4 Controllers Will Work With The PS5, But Theres A Catch

Hamilton Might Have Been Disneys Best Shot At Ending Oscars Drought

Sessions Fires Back at Trump Ahead of Tuesday Alabama Runoff

Teachers protest reopening of US schools while coronavirus lurks