What We Learned From Week Two In The WNBA

by Admin
in Sports
5 min read
0

Every team has now played seven games of their 22-game regular season schedule, which means that we are starting to get a grip on which teams are real contenders and which have some more work to do. The Seattle Storm sit at the top of the league standings, buoyed by the performances of Breanna Stewart and company in Sue Birds absence. Somewhat surprisingly, the Minnesota Lynx and Chicago Sky round out the top three teams so far while the Connecticut Sun are still at the back of the pack with a 1-6 record.
Heres what we learned from all the action in week two in the WNBA.

1. There are no more winless teams in the Wubble!

The Connecticut Sun and New York Liberty each finally nabbed their first win of the season this week, defeating the Dallas Wings and Washington Mystics, respectively. Against the young Dallas team, members of the Sun not named DeWanna Bonner or Alyssa Thomas finally showed that they could contribute points. Four of the starters finished with double-digit scoring totals, and sophomore guard Natisha Hiedeman impressed after starting for the second straight game, scoring a career-high 14 points on 5-9 shooting, as well as earning two rebounds and four assists.

The Liberty were clearly not happy with ESPNs (understandable) decision to take their games off national TV, because they put on a show Friday night, defeating the defending champions. Shots finally started falling for the Liberty after struggling on offense earlier in the season and veterans Amanda Zahui B. and Layshia Clarendon led the way for their team. After the game, it was really sweet to see how much the win meant to the team in their post-game celebrations with first-year head coach Walt Hopkins.

Unfortunately, both teams followed up their wins with a loss to the Chicago Sky and Las Vegas Aces, respectively.

2. The ROY race is heating up

If you happened to be scrolling through Twitter on Thursday night, then you just might have noticed the plethora of Chennedy Carter content that made the rounds as the rookie stole the show in the Dreams narrow loss to Seattle. The 21-year-old point guard scored a career-high 35 points on 17 shots while earning seven assists and two rebounds. Carter, a.k.a Hollywood, is taking her role as Atlantas floor leader in stride, and is already in the record books after becoming the youngest player in WNBA history to score 30+ points in a game.

Dallas big Satou Sabally is another young gun that has looked at home in her first season, averaging 11.6 points, two assists and 6.3 rebounds per game compared with Carters 19.4 points, 4.3 assists and 2.7 rebounds per contest. But if you thought this years ROY race was a two-horse contest following Sabrina Ionescus injury, youd be wrong.

The Lynx have sort of flown under the radar this season, but guard Crystal Dangerfield has had some strong performances and should definitely be in the mix. The 16th overall pick is averaging 9.8 points, 2.7 assists and two rebounds and is surely making some teams regret passing on her in the first round of the 2020 WNBA Draft when she makes plays like this mind boggling maze of a run through the Sparks tight defense.

Fridays match-up between the Las Vegas and Los Angeles Sparks was a very fun, early look at two Western Conference teams with title aspirations. Though the Aces are missing key players in Liz Cambage and Kelsey Plum this year, Aja Wilson and Angel McCoughtry have had some key performances, with the former looking like a very real candidate for MVP. Against the Sparks, Wilson and McCoughtry combined for 50 points in a 86-82 victory which also saw sophomore guard Jackie Young put up 15 points, four assists and three rebounds. In Sundays tight win against the Liberty, Wilson was crucial in crunchtime and went off for 31 points on 10-of-17 shooting along with three blocks, five rebounds and two assists.

For the Sparks, Candace Parker and Seimone Augustus have been unreal. Parker has put up a double-double in each of her last five games, finishing one assist shy of a triple-double in Sundays win over the Lynx, while the 36-year-old Augustus had 13 points off the bench on Sunday. With the likes of Parker, Augustus, Nneka Ogwumike, Sydney Wiese, Chelsea Gray, Tea Cooper and more, L.A. looks poised for a title run this year, but still needs to find some more consistency.

The WNBAs playoff format means that the top eight teams regardless of conference qualify for the playoffs, which last four rounds. So, depending on how things go this season, we could have a WNBA Finals matchup between two Western Conference teams. While the Aces have looked good so far, my moneys on a Sparks vs. Storm star-studded showdown, which would be epic.

The Phoenix Mercury came into this season with a lot of hype surrounding their three formidable stars, Diana Taurasi, Brittney Griner and Skylar Diggins-Smith. But two weeks in, they dont look like title contenders. Thankfully, Taurasis recent back injury does not appear to be related to her 2019 one that required surgery, but it does underscore Phoenixs biggest problem: a lack of depth on offense. The Mercury are currently sixth in the standings with a 4-3 overall record, and have struggled to create in all of their seven games so far. Dont let Saturdays relatively close final score fool you Phoenix was outscored by Seattle by 20 points in the first three quarters of the 74-68 loss. This season, they are attempting a mere 66.3 shots per game, the second-lowest in the league.

Shatori Kimbrough-Walker and Bria Hartley have performed brightly at times this season, but Hartley is now sidelined with a sore Achilles tendon. The team is overly reliant on Taurasi to create opportunities for them, and with her out for the foreseeable future they need to adjust before they fall out of contention.

5. Injuries are beginning to be a problem for teams

Speaking of injuries to Taurasi and Hartley, we are really seeing this seasons condensed schedule take a toll on the players. Rookie sensation Sabrina Ionescu went down with a grade three ankle sprain on July 31 and is expected to miss at least a month of action after flying back to New York for treatment. Fellow guard Kia Nurse also suffered an ankle sprain during the teams opening game against the Dallas Wings, but seems to have recovered. For the Sparks, Nneka Ogwumike missed some time due to a hamstring injury, but was able to suit up in Sundays win over the Lynx.

The injury bug has impacted Indiana in a major way, with Victoria Vivians, Teira McCowan, Kathleen Doyle, Natalie Achonwa and even assistant coach April Schillings all out at one point. And we have already begun to see some load management take place for the Storm, with Sue Bird sitting the past four games after suffering a bone bruise in her knee. While Seattle can make up for Birds absence with the likes of Breanna Stewart, Jordin Canada and Jewell Lloyd, not every team can afford not playing their franchise player.

Giannis Got A One-Game Suspension For Headbutting Moe Wagner

Blackballed: will coal bounce back from slump or is it terminal? 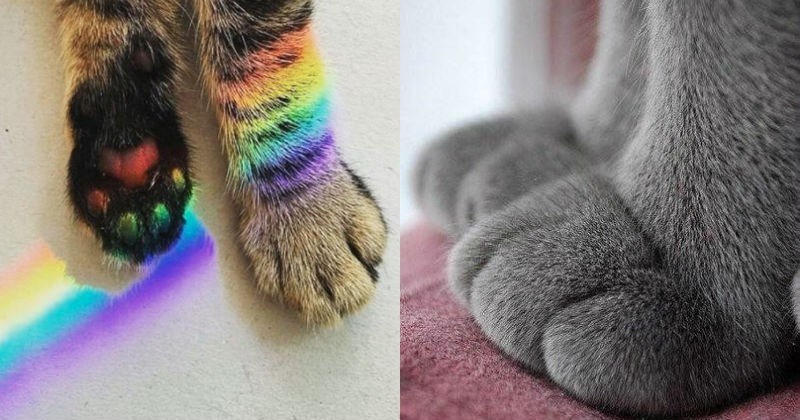 Jessie Reyez Performed Before Love Came To Kill Us On Fallon

The Best Music Sets for Kids to Mold Your Little Musician

The Color Lilac: How To Style Lilac Like A Fashion Icon

Up to 1 million naira worth prizes up for grabs in the Devon King?s #TheKingsChef challenge!

The Pac-12 Will Postpone The Football Season To The Spring